Katrina will be travelling to Japan for most of October and November after being awarded a grant from the Artists’ International Development Fund. Katrina will be working on her third collection.

She will also be walking in the footsteps of the Japanese poet Matsuo Basho, writing every day, on a trail from Tokyo to Kyoto, then spending three weeks in Kofu city, hosted by Yamanashi Prefecture University, where she will write in response to the Japanese city. In Kofu, Katrina will be attending workshops in traditional Japanese forms of poetry, she will also run a workshop on contemporary British poetry.

Katrina plans to interview several influential contemporary Japanese poets, to find out how they respond to traditional Japanese forms in their writing today. She  will also be giving a reading in Tokyo and Kofu. The Kofu reading will be on 12 November at Fujimura Kinenkan. The Tokyo event dates and venues are to be confirmed. 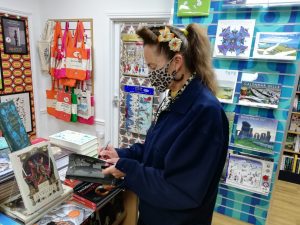 Close Reading for The Poetry Society 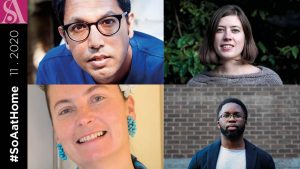 Katrina will be running a one-day Japanese poetry workshop in London on Sat 9 June. In this one-day workshop, for the Poetry